PREVIEW
Coach Anthony Griffin has rewarded dynamic duo of Tyrone May and Jarome Luai with another week in the startup opting to rest the Origin stars James Maloney, Nathan Cleary and Tyrone Peachey. With an hamstring injury seeing DWZ sidelined for a few week coach Griffin has given ISP Star Caleb Aekins a first grade debut. Fan will be hoping for a repeat of last week performance in toppling the Sharks momentum. 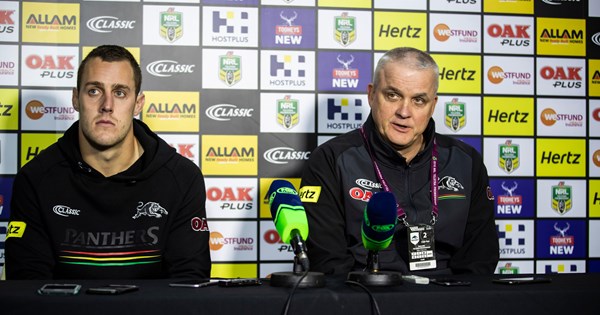 A young and inexperienced Panthers outfit fell to a 24-12 loss to Cronulla-Sutherland Sharks at Panthers Stadium on Friday night. 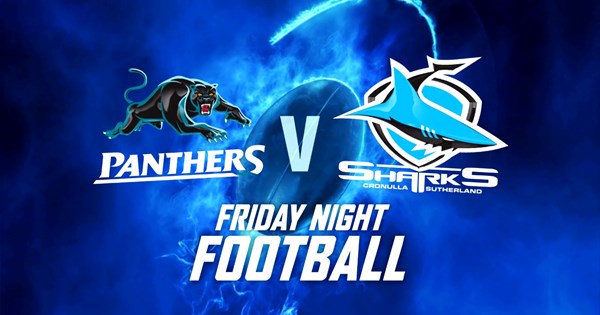 See all the key moments from the Panthers clash with the Sharks. 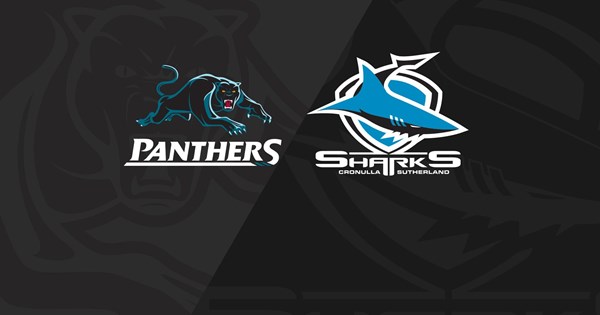 We are giving away dumb penalties and letting them into the game.

Leota having a bit of a shocker, one of the poorer performances by Katoa, I hope Egan gets good minuets.

We gave them a game, but lack of experience in key positions cost us.

On the flip side, I think we can safely say the Sharks will be little more than fodder come finals time. They struggled to beat a very young & inexperienced side, missing 6 rep players & 2 other regular first graders, while almost at full strength themselves.

…and right on cue, I’ve got a few of their fans gloating over such a pathetic victory (the only time I hear from most of them)

To be honest, on not too down after the game. Some questionable refereeing and a bit of luck and the result could of been different, after all we played without our established spine.

Moving forward however there was much to learn and great insight.

Kikau- where does one start, the if I was the coach I would be putting one the assistants on full time to work out how to best utilise him, for the second week in a row he has put a well placed kick into the ingoal, plus his barnstorming run in the final minutes brushing of 9 or so sharks defenders. He’s a man mountain with a ton of skill who we need to build the team around.

Yeo - what runs and what a captains knock, on the edges we are devistating.

Hetherington, Tahmou and CHN, welcome back to form boys, best performances so far this year.

May - welcome back to first grade, you showed a cool head when it mattered most.

Luai - gee he is inexperienced and it showed tonight, but his kid is something special. Shows glimpses of dare I say it Thurston, with the way he plays, hope his development continues. Maybe fullback next week?

Aekins - good first game at fullback, dropped a high ball, but barnstorming in attack, and while caught out of position in defense a couple of times, was strong in his tackling and will only learn from the experience. Maybe a option on the wing?

Speaking of our wingers, still our weakest position at present, all that should change with Mansour coming back next week, and DWZ shortly.

Despite the scoreboard a lot to like in the game. Our spare-parts panthers ran with a full strength Cronulla team, and with just a little luck and some more favorable refereeing we could of got the points.

Speaking of refereeing, what was with not allowing the quick tap? Seems a trend to be developing, that disallows an advantage to the attacking team.

Finally, two future player directions of I have commented on before, and last night cemented my opinion;

Finally, I still can’t get my head around how good Kikau is, made a defense with replayers past and present look down right silly. We work out how to capitalise on him, and we have a platform to go a long long way.

We lost the game, but not too disappointed, stars of the future on display.