Memorable victory sends the Panthers to the NRL Grand Final

The Panthers progressed to their first NRL Grand Final since 2003 with a gutsy 20-16 Preliminary Final victory over South Sydney Rabbitohs at ANZ Stadium on Saturday. 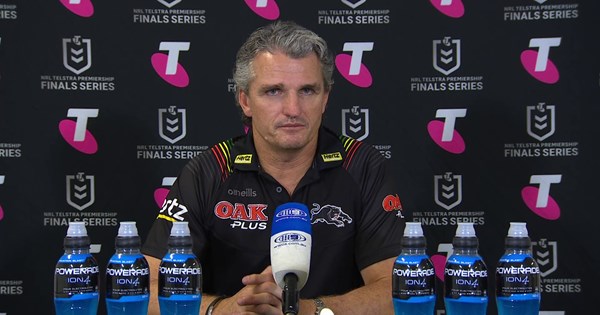 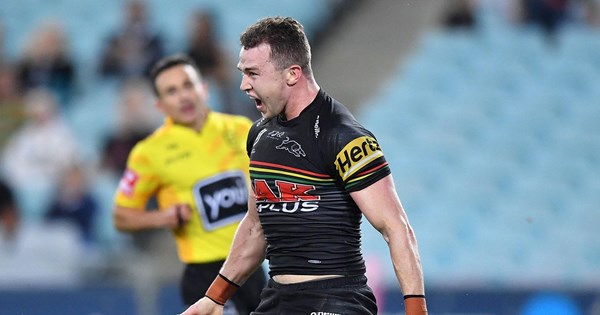 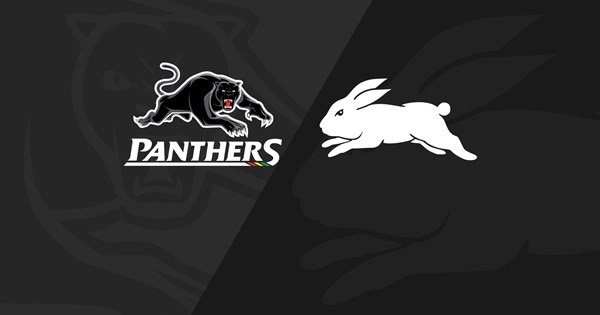 OK, we got our tickets in the Panthers Supporters section 112-2. Maybe it was just luck today, but got thru straight away & had the tickets in just a few minutes.

Looking forward to the game. On the form of both Rabbits and Eels on Sat, I feel we would need to play well below our best to be beaten, but you never know what can happen on the day.

I remember back in 1990, I think, that the Brisbane team was dismissive of Penrith. Gene Miles, I think, referred to them as a bunch of no-names. I think that Gould used this to put steel into Penrith, and Brisbane suffered. They knew their names soon enough. Walters was being touted as a Kangaroo 5/8th, but Izzard trampled him. And now, Bennett, Brisbane to the core, was seemingly dismissive of Penrith as a problem for Souths this week (“I haven’t even thought about them”, or words to that effect). It’ll be so sweet to make him eat his words. Arrogant sod. The same pleasure will be mine in regard to all the people up here in the Mtns who won’t support Penrith. C’mon Penrith.

this game is interesting and i am conscious of the Bunnies being able to put a score together but equally as conscious they can leak some points like they did against the Eels
And imo it was not so much Souths winning, i believe it was more a case of Eels causing their own downfall with not only the Ferguson and Siva being non starters but the Jennings allegations which would rock any team let alone being a finals match, but also many of their own mistakes and efforts like the Moses missed goal etc.
Souths have some potency in attack but defence is their weakness and we have some firepower of our own to unleash in attack
No finals game is a given and we will need to be up and on our game for this.
Souths will be in this for a long way but expect us to go through to the GF and expect Raiders to be our opponents in the GF.

I watched the game on Saturday and my initial thought at half time was that if the Eels kept going through the forwards they would win as Souths looked poor at stages. Our pack will keep running straight the whole game and I don’t think that the Bunnies will be able to handle that. We also have a far better halves combination than the Eels so I think we should be good to unleash some serious attack against them as their right side defence looked a bit dodgy in that first half.

To my thinking, if it is a hard slog we will win. If we allow Souths to turn it into a game of touch footy, they will win. Luckily the weather conditions will be more suited to a hard slog as opposed to touch footy.

While I think the winner of this one will be the team that can go the whole 80, I think the first 20 minutes will be telling.

We will be need to put the foot down on the gas fast and take advantage of that time and get out to an early lead. I don’t think the bunnies will be able to chase us down in the second half is we can get out to a 12-18 point lead at the break. The Eels faded badly in the second half last week, which is something the Panthers have not struggled with this year. I think our young squad can outrun and out enthuse the Bunnies.

If we maintain the lead and make the Bunnies gas out trying to chase the lead I think we will book a spot in the Grand Final. If we allow the Bunnies to drag us down to a 80 minute grind they will drag themselves back into the game and it’s a coin toss.

Also the BOM has the weather for Saturday being a wet track. Don’t expect a huge amount of razzle-dazzle if that is the case. Structured play will be the key in that scenario, which I think will work in our favor. Though I think they will hope for a dry track (as well as the fans ;))

I am very confident about this week !

They have 3 forwards of note, 1 of whom can go missing (Burgess) if the heat is on, Murray and Sua are the key to them defensively. IMO, we drive through the middle and make Murray and Cook defend overtime, and only go wide with field position. This will make Sua have to defend in the middle also and the latter stages of the game we will run away with it.

Teams have been posted at top of thread.

I still worry about Nathan Cleary’s conversions. The draw on the ball is at times severe, and I reckon his percentage from out wide is much lower than the kickers in all the other teams in the finals. If we score our tries out wide, this could prove a decisive and negative factor. I haven’t noticed any great improvement in recent games.

It’s a nasty hook. He seems to have developed it from wearing a knee brace after injury early on this season, before they it was much straighter and direct.

Not sure if it’s a “get it back to normal” type thing or a “have to live with the hook” kind of thing.

Needless to say, I’m sure he spent a lot of time over the last 2 weeks working on his conversions.

Just means that they have to score more tries. Problem solved.

I’m not concerned in the slightest, IMO he was “tinkering” with it but if you look at the Rorters game, when we got behind, his focus went back to kicking straigher.

That said, his accuracy wasn’t where it should be, but I think that was a massive wake up call.

He will kick at 90% or greater this week…

Jack Hetherington have been omitted from the extended squad.

Campbell Graham ruled out with a groin injury, He will be replaced by

Jed Cartwright in the centres, with

Hame Sele moving onto the bench. 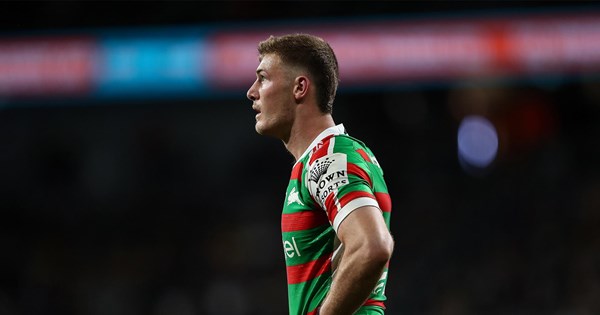 Graham ruled out of preliminary final

Since NC came into the team he has pretty well kicked the goals that were needed to be kicked. He missed a sitter against the roosters which wasn’t a ‘must’ kick (should have got it in any case), so I am confident in him.
If the game is tight, he will be the one to manage us thru, hopefully not needing to counteract G. Sutton managing the opposition thru

if we are beginning to worry about Cleary’s kicking game on the eve of the prelim final…well its a little too late for that
I think we should look at last nights game and how this game unfolded.
Storm had every ounce of luck/field position and resulted in overwhelming Raiders so much so they were chasing the scoreboard rather than go back to their processes.
One thing i have enjoyed about our squad this year is how many ways we have found a way to win.
And when under pressure we have returned to process and based our win on this.

Tonight IMO will be a night where “process” will be key. Souths play a lot like the Raiders, a lot of ad hoc football and when they get won a roll are hard to stop but our game is a lot like Storm.

Hard scrambling defence and even harder running in offence and we can transition from either defence or attack to the opposite with a capability i have not seen from a Panthers side in recent years.

Storm did this last night, their hardness in defence was a marvel to watch and when they transitioned to attack it was beautiful to watch

If we trust our processes and execute as we have been doing we will win.

Get the job done tonight and we will face a worthy opponent in the Storm and if we can pull off that victory, it would be a great way to validate we were the best team in 2020.

The sky is looking like the heavens are about to open, but must say this is the most pumped I have been at a prelim final since 03 vs the warriors. Sitting in almost the same seat to so hopefully a good sign!

Good first half - let’s go on with it!

and lastly on these commentators on Fox…they along with the ref should be sacked for their bias.

i have to say well done boys on getting there, now its up to you to lift your game for next week