Watene-Zelezniak, 29, spent four days in hospital before Christmas after having joined his brother Dallin at the Bulldogs on a train and trial opportunity under new coach Trent Barrett.

The St Clair junior returned to training following the hospital stint but further complications steered him towards hanging up the boots.

“I got to fulfil a lifelong dream of mine to play in the NRL and to do it with my little bro @dallinzelezniak will always be something special,” the post read.

"I debuted alongside my bro when it all started and I will retire next to him, I couldn’t think of a better ending.

"I started training with Bulldogs before Christmas and wow what an awesome club and great squad.

"The week before Christmas I had a little health scare and was admitted to hospital for acute kidney failure.

"After four days of being in hospital the image of my kids crying as they left me each night worried, stuck with me and gave me a lot of time to think.

“I went back to training as I wanted to focus on the season ahead but unfortunately it ended up with further complications again which made me realise that my health and family is more important which led to this decision.”

Watene-Zelezniak was a late bloomer in the NRL Telstra Premiership, making his debut for Penrith in 2017 before a stint at the Wests Tigers.

He returned to the Panthers in 2019, the same season Dallin left for Canterbury, but was restricted to five appearances in the last two seasons.

“It’s hard when one of the people you’ve idolised retires from something they love. But when he’s your big brother, it hits different,” Dallin wrote in a post.

"Congrats to my bro @malakaiwatenezelezniak on an awesome career, I was blessed to be there at the start and end of our childhood dream, his road to it was a hard one that not many people would know, but the rewards and memories he’s given me and our family will be ones ill cherish for the rest of my life!!

“Time to kick the feet up big bro and have a rest, you deserve it.”

The pair are already well-prepared for life after football with an ongoing successful watch business. 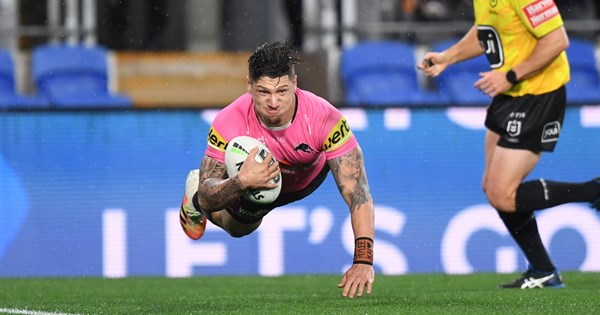