'I'm your man': Johnson's heroics the perfect audition for a new role

A 35-metre field goal by Cronulla halfback Shaun Johnson inflicted back-to-back losses on Penrith for the first time in two years as the Sharks overcame the loss of captain Wade Graham and a second-half Panthers fightback to triumph 19-18 at... 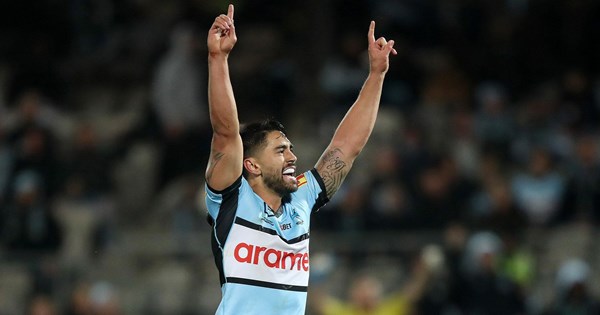 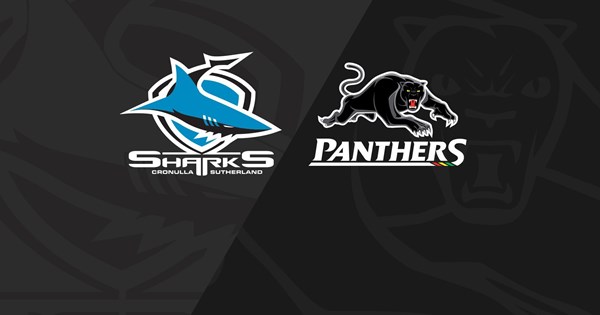 Teams and Match Officials have been added.

Please Please no injuries in SOO

Surely NC can play an organising halves role without the body contact. I know he won’t want to play like that but a non contact NC on the field is heaps better than Tyrone May at 7.

I’m much happier with Moses and Api back, Fish can play his normal game, he tried way too hard last week.

Yes, I think TMay remains somewhat of a question rather than an answer. In his time with the club he has never really emerged as a NRL player, but has always remained as part of the squad, even when he was in the lower grades.
His has now over an extended period become our #14, coming on & making a few tackles and a few runs, but never getting his card marked as a must pick. Never really letting the team down, but never really showing anything outstanding. He played centre in the finals last year in place of Naden, without us knowing at the time the back story, without showing anything in particular. His best performance came when he played FB for the 2nd half against Melb when Dylan was injured & did a serviceable job.

That said, I think it is a big ask for him to step in & run the team last week. I think there are at least 8 clubs who would want a half to do that as they don’t have one, as it is a hard job and many fail.

Perhaps the origin period will go a long way to deciding his future. The chance to actually play may be his undoing as it may expose him to scrutiny that was not there before. Maybe noteworthy that Barrett seemingly hasn’t tried to sign him.

I wish him well

May is a handy #14 to cover a number of positions at short notice, but he is not a genuine starter, and definitely not a playmaker.

Why the hell would we let Burton go and keep TM.

Good point mrwalker, Barrett hasn’t attempted to get him either, that speaks volumes !

agree May is and never will be a 7 but IC has little option.

do we have a 7 in the lower grades of any class?

That being said May isn’t our only problem and the squad picked without our SOO players will need to lift over what they tossed up last week and that is my bigger concern.

Crichton and Edwards need to lift and Eisenhuth better have a big game.

with Api’s return would Kenny suffice as a temporary halfback?
Burton’s likely to get the ball a lot smarter.

you think Martin will backup ???

I wouldn’t be surprised to see Api at halfback, with May going back to the bench

Interesting to see Naden added, there might be someone in the backline under an injury cloud

I’d go Burto at half, Api 5/8 and Kenny hooker no problem.

Api has played at 5/8 for us in 2015, but that was a big loss from memory, we had issac John at half back and were totally injury depleted.

well May just got shown up again in their first try, although Mamrovskia nd Staines were also made to look average

If Cleary was there they don’t score, May looks like he has cement in his boots

to say we look rubbish is being kind.
they will lap us if we don’t lift and they are rubbish
I wouldn’t have believed we are so bad and i have been a champion of Burton but if a bomb is all he has, he is in plenty of trouble