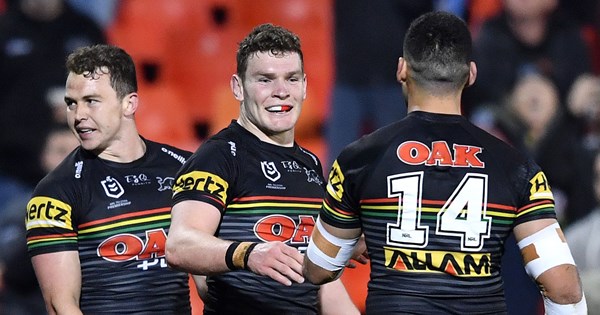 The Panthers extended their historic winning streak to eleven games as they defeated the Wests Tigers 30-6 at Panthers Stadium on Saturday. 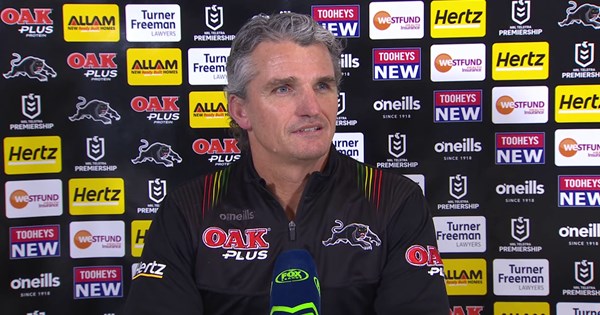 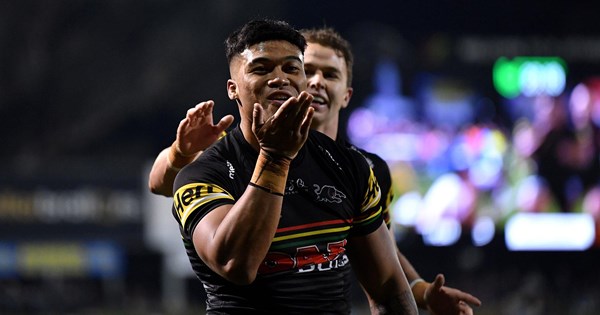 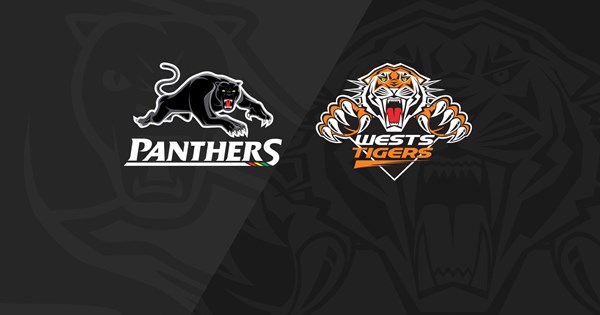 * Victories include draw against newcastle Knights in Round 3

Been quiet this week on here.

Still a strong looking team without Billy & Api, & the return of To’o sees Nado back at centre & May a solid #14 on the bench. Deserved starting spot for Moses this week.
Tigers will come out hard & we will need to match their enthusiasm & play them out of game. If we get on top, pretty sure their interest will wane and we should be able to leave them behind.

See you at the game.

yeah, with you mr walker.

Have a good night.

The Tigpies are making us work for it, but we seem up to the challenge

all this covid crap is wearing me thin. Panthers performances thus far is my 2020 saving grace. Is it 11 in a row, who’d have thought? This squad is morphing into a very good team and I think they can get better. Luv it !

A great game that resolved some fears that we would head into the finals without coming from behind.

Tigers played a grubby game of thugby league as was to be expected. We remained calm and in control and ended up with the good win.

One thing we are doing well each week is attacking with our defense, and gee we are bonded as a team.

To’o showed again the wraps we have on him are well justified. Naden was sublime.

Luai had one of his best games, and reminded me once again of why I see Thurston in him.

And then the forwards, dangerous all over the park, doing things they shouldn’t do, like Leota chasing that kick and almost scoring (which contributed to Crighton’s Penalty try), and Tamou kicking a grubber for a repeat set (with a chaser in scoring position).

Big shout out for Kenny - he may not be Api, but fills in just fine, and outplays most other hookers in the competition.

We don’t need to rack up big scores, we just have to keep the wins coming.

We are one happy, well oiled team, and this is one happy panthers fan!

Pity we can’t have big crowds at the games

Well another good win. Always a danger when you come up against a team with little skill that you ‘should’ beat. The tiges have little to offer in the forwards, so I was confident we would beat them there, and they scored with their one & only trick shot and never threatened too much other than that.

One defensive set of 6 in the 2nd half summed up our efforts. We smashed them for 5 consecutive tackles and they kicked from just over 20m our from their line - outstanding!

OK we are winning in different ways, and again taking some weird ref calls out of deciding the game. Again very hard to give votes as all 17 once again contributed. Most of our guys have set a high standard, which we are then judging them against, with high expectations. I thought Luai was excellent & will be a key man going forward. And he didn’t even have Kikau outside him

Special mention for Edwards as he is moving into the top bracket of #1’s in the game. There are other media darlings eg Ponga and Gutherson, & I saw great FB games from Tedesco & Roger alphabet this week, but Dylan was excellent.

11 in a row - that rarified air continues. Dare to dream!

Also a special mention about Tyrone May. There were many fans who said his time at the club would be over after all the troubles he had last year, but he has proven his worth and then some.

Doesn’t matter where you drop him, he delivers. 2 amazing try assists last night and a strong defensive effort as his side was targeted strongly by the Tigers.

About the game in general, this was a last roll of the dice for the Tigers, losing this game almost made it impossible for them to finish in the 8, and for the first 20 minutes they were going to make sure Penrith felt the pain, and they ended up up 6-0 as a result.

The Tigers dragged the game down into a street fight, a game where if we were to win we would have to be prepared to grind it out, and the Panthers rose to the occasion.

It a real special team this year, regardless of the result at the end of the season, people will be talking about this side for some time to come.

I second your comments about May Steve, his long passing game is something else. As evidenced by his two try assists.

It takes a quality team to absorb all the rubbish dished out by their opponents, and then come home with a wet sail by just playing good football without descending to the rubbish level. Once again Cummins gets a special mention for dubious decisions, like not seeing the Mbye kick, the Leilua charge and other stuff. Even the commentators need a shake up, with one excusing the Mbye kick by saying that he missed Cleary’s face; so if I fire a gun at someone, but am a lousy shot and miss them, then I am not in trouble. There’s some dubious logic there.
It’s great to watch a champion team playing with integrity. Once again hard to pick the best three. One bad blemish was the ease of the opponent’s sole try, with Mansour being so far out of position for no apparent reason.
It will be interesting to watch the upcoming reverse match against the slimmies, to see if we can exact some revenge. No doubt Crichton will be on his guard.
And looking further ahead, can we dare hope for a COVID cure or management that would allow the full house at Penrith Park next season that this team would generate if they continue this rich vein of form?

I was reading the match report and saw this;

Panthers coach Ivan Cleary expected Wests Tigers to employ niggling tactics in his side’s 30-6 win and reckons others may follow suit in a bid to disrupt them.
Source

I think this will be a ongoing tactic from teams towards the end of the season, it has proven to challenge the Panthers, and it will be something the team will need to adapt to if they want to be competitive in the finals.

I think they handled it wall against the Tigers, and I am guessing more exposure it will be a great benefit to us going into the finals.

Previous panthers teams would have had a problem with this. But this year’s team seems to able to absorb this and the bias refereeing without letting it get to them. They just seem happy to play and have fun.

I could see Waqa Blake reacting to the niggle, unlike most of the current team…

Another polished performance against a team who employed grubby tactics. I didn’t realise initially (too drunk) but it was simply a follow on from the last time we played them.

Does anyone think that would be a Macguire tactic, to get into the crap in an effort to upset a form side, or was it simply the players own tactics?

Maybe, Kev, that any team that rates Leilua as one of their ‘stars’ has systemic problems. Maybe they just hanker for the ‘good old days’ before TV. Maybe they admire the Cronulla of old.