* NSW Cup fixture to be played at Henson Park on Saturday 12th June. 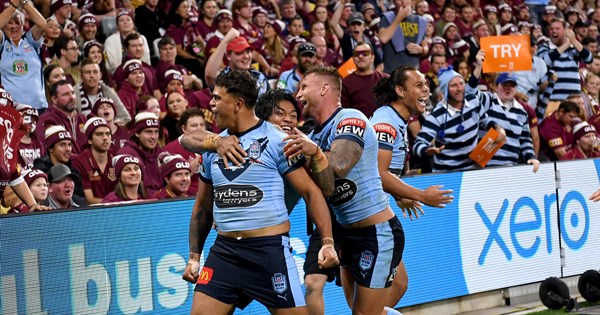 History was created on Wednesday night when Tonwsville hosted Queensland v NSW in the opening match of the 2021 Ampol State of Origin series. 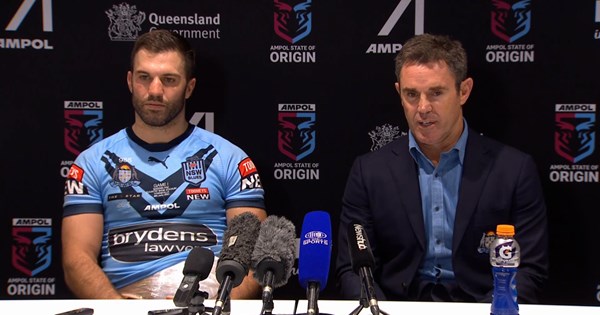 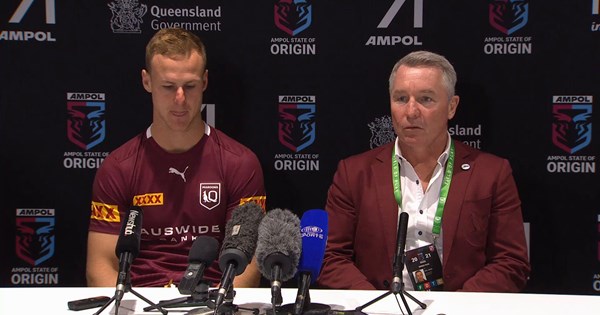 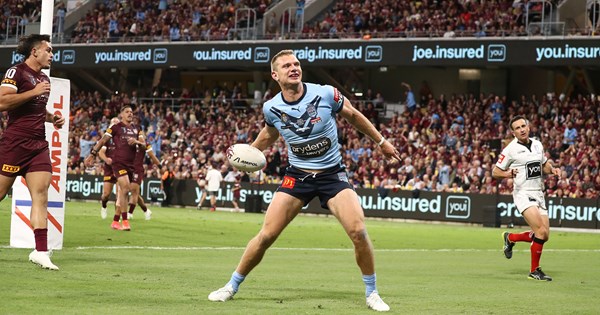 Scores out of 10 for NSW Blues players in their State of Origin I clash with the Queensland Maroons. Scores out of 10 for Maroons players in their State of Origin I clash with the NSW Blues.

I only want 1 result…No Injuries to the Panthers

Good game last night. It was great to see the Panther boys shine. Nathan Cleary and Jerome Luai worked well out there, made the shifting of the ball from side to side very effective and wore the Queensland forwards down.

Brian To’o had his critics… too small… going to get monstered out there with taller wing opponents. Well, her really silenced his critics. Motoring up the middle making killer metres and tackling hard, with 2 tries to boot.

Laim Martin was also solid, didn’t get a huge chance to stamp himself on this game, but fit in well. He will be better from that experience.

Injury wise, it’s a pretty clean sheet. Nathan Cleary got a knock to his face that saw him blood binned. There was worry it was a fractured cheek bone, but has been confirmed to be only a laceration.

Special mention to NSW Premier Gladys Berejiklian getting into the Origin spirit while standing in a dark room watching a iPhone size television, holding her unopened can on Coke No-Sugar… at 4pm “Getting ready for Game 1”

I’m sure some staffer will lose their job for that one.

nice summary Steve and agree 100%…Panther players were great and carried themselves well and did their club and town proud.

Nicer still to hear no injuries to worry about.

Congrats to all of our players.

I too congratulate Panther reps, but am relieved we have survived unscathed from injury and … suspension !!!

notice many NRL clubs resting their SOO representatives from the upcoming round. Will fatigue hinder NRL players from performing to the level with their respective clubs, that got them to SOO in the first place, once the series is completed? Obviously it’s likely to impact on Penrith with such a large representation. With Roosters and Eels on the horizon will our blokes have anything left in the tank?
What do you think?

I think the pace of the game is too fast for players to back up from Origin like in past years @Puss.

The physical requirements would see a lot of players pretty gassed pretty quickly, especially forwards. Not worth risking losing a spot on the bench cause you can’t put your exhausted interchange players on.

Agree, SBF; there wasn’t a bad performer amongst the Penrith reps. Probably no bad players in the team as a whole. But when I read the nrl.com match report the next morning, it took a while before I found reference to anyone apart from Trbojevic and Mitchell (sorry, that should say Turbo and Latrell, the NRL darlings). Apparently they just about carried the team to victory. So impressive.

They should use that photo as inspiration for a new trophy!

One thing I know will happen from this, Kaufusi will be elbows up in game 2…only with ball in hand mind you…where it is apparently legal in todays game for him !